It Ain't Easy Being Green! 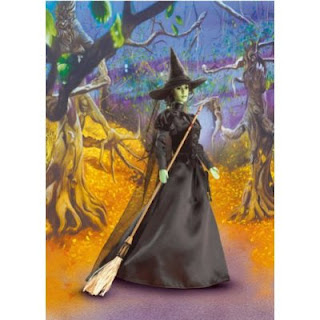 She looks a bit green around the gills (vbg), but here's a Barbie even I can love! :)

Posted by Liane Gentry Skye at 2:28 PM No comments:

The Post Where Liane Attempts to Reactivate her Gray Matter 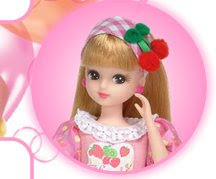 I decided to take a break from my head-banging query writing attempts today to attempt a somewhat rational post.

OK, stop laughing. I know the Weird Al video was a bit off the wall, even for moi. :)

A few months ago my tweenish daughter lamented the fact that when Barbie dumped Ken, she did nothing better with her freedom than burn her stellar resume and set about getting in touch with her inner slut.

Apparently, my daughter's anti-Barbie backlash isn't so unusual among girls her age.

Could it be that the pink tide that's swept across our world is beginning to turn, or--dare I say it--even ebb? A blog reader submitted to me today evidence that its becoming "so not" a Barbie World in Japan. Recently, Japan's answer to Barbie, Licca-chan, re-invented herself from material girl to eco-friendly environmentalist.

I only one have problem with Licca-chan's redo of her previous self. She appears, on the outside, every bit as pink-obsessed as Barbie, her American counterpart. But, to give the plastic princess credit where its due, she's at least trying to add a bit of more depth to her plastic is fantastic personna.

According to AP wire reports, Licca-chan recently used her own (pink, gak) *cloth* shopping bag instead of the standard plastic basket to shop at one of Japan's Licca-chan Eco-Friendly Doll House shows. In doing so, Licca-chan's makers hope to impart the message that the popular fashionista is doing her part to advance the Japanese government's campaign against global warming.

The eco-friendly fashion doll will be further utilized by the Japanese government to launch a nationwide campaign which supports environmentally friendly lifestyles.

Next thing you know, cloth shopping bags could debut on runways everywhere as the new *must have* handbag.

This is Liane's Brain on Plastic

I swear, this is not National Post Inane Crap Week.

You see, in order for me to render my Nanowrimo book into a readable state (damn, did it ever need help), I had to breathe life into the Barbie character. During the ensuing struggle to write "believably blonde" it has become quite necessary for me to channel Malibu Barbie.

Be happy that I at least spared you another "Weird Al" clip. :)

How evil are you?
Posted by Liane Gentry Skye at 3:51 PM No comments:

Posted by Liane Gentry Skye at 3:33 PM No comments: