We Interrupt this blog for a moment of respect... 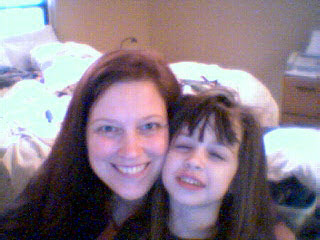 A year ago today, my best friend, Drea, lived--and died--my greatest fear. She left three beautiful children behind her, two of whom have autism. I thought after a year of a world without Drea, I'd be better, ok, and ready to say goodbye...to let her rest. But I'm not. If anything, I'm worse. Everything about Drea's death feels so preventable to me....and I'm in the "if only" stage. If only I'd been geographically closer, if only I'd protested louder when she had her gastric bypass....when she was already so weakened from MS.

Now the reality that Drea truly is gone has set in. So has the pounding guilt that I was the one left standing....when she was the one who deserved to get to go on. She had so many dreams, so few of which her health allowed her to fulfill. Yet she chased them to the bitter end.

I've already wasted more years of my life than Drea ever got to live.

When I learned of Drea's death, I made her a promise. I promised her I'd carry on for both of us, because so many of the dreams I had....and kept putting off until tomorrow, or the next day....were the same dreams Drea had. I'm trying to make good on my vow to live for the two of us.

In a year's time, I've made good on our shared dream of fiction publication. I'm struggling every day to make good on my promise to get back home so that if Drea's children ever need a stand in mom....I'll be there.

And Drea, if you're standing over my shoulder, and sometimes I could swear to God that you are....your life isn't gone, sweetie. Yes, it's true, lives do go on, husband's remarry, but if I've learned anything about hearts in this world, its that their capacity for love is boundless. You are loved, Drea, and I promise you that your memory will last--will live--for as long as I draw breath.

I miss you Goon-bobble. I think I always will.

And I love you, too.

Posted by Liane Gentry Skye at 4:30 PM No comments: