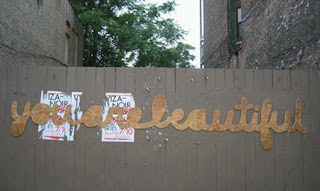 Stop arguing. You take my breath away. 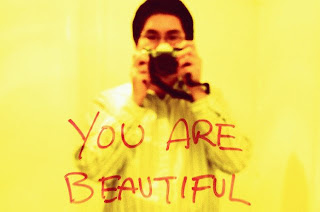 Posted by Liane Gentry Skye at 8:01 AM 3 comments:

Can you believe it? Finally, a pageant that aspires to celebrate "alternatives" to our Western (Barbie-ized) beauty standard. To celebrate this new glimmer of hope for womankind everywhere, I put up a pic of the plastic princess herself with (gasp) a double chin. She's better this way, I think. :D

REYKJAVIK (AFP) - An alternative beauty pageant to be held in a remote Icelandic town will reward contestants' wrinkles, saggy breasts and other bodily imperfections and hopes to challenge Western ideas of beauty, organisers said Wednesday.
"Anyone can make the rules about what beauty is, we want to change the rules," one of the contest's organisers, Matthhildur Helgadottir, told AFP.
"We think it's just coincidence if you have big breasts. How come this is beautiful? We are trying to show how ridiculous this is," Helgadottir said.
The contest, scheduled for April 18, will be held in the town of Isafjoerdur, population 3,000, in the northwest of Iceland.
Men and women were welcome to register as contestants and while there was a minimum age of 20, there was no upper age limit.
The only other stipulation was that contestants had not gone under the plastic surgeon's knife for cosmetic reasons.
Prizes were as yet undecided but the "fun and honour" of taking part would be sufficient reward for contestants, according to Helgadottir.
Organisers remained undecided on how to rate participants.
"Maybe this (the alternative contest) is research, a way of understanding them (beauty pageants)."
The idea for the contest emerged while Helgadottir -- a self-confessed feminist -- was talking with friends in an Isafjoerdur pub.
As of Wednesday five people, three women and two men, had registered to take part.
Helgadottir remained optimistic that many more would sign up once news of the competition spread.
Posted by Liane Gentry Skye at 2:13 PM 1 comment: